Menu
Home > All Blog News>SIMONE CUNATI WITH MODENA KART ALWAYS MORE LEADERS IN THE ITALIAN CHAMPIONSHIP
Are you an Amazon customer? Pay now with address and payment details stored in your Amazon account. 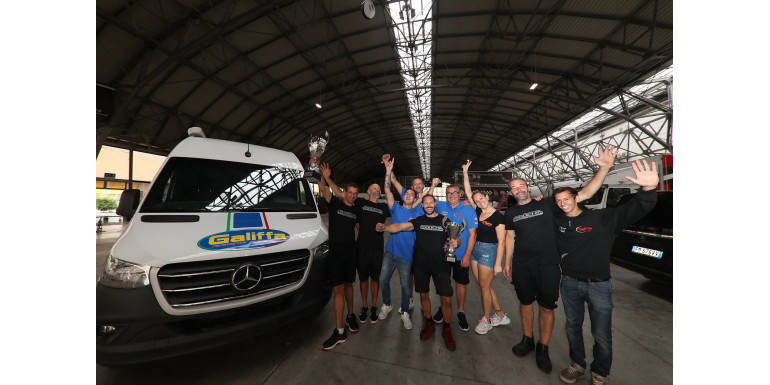 Great redemption of Modena Kart on the Adria Karting Raceway circuit for the fourth round of the Italian ACI Karting Championship, with Simone Cunati strongly back on the podium in both finals of the appointment in Veneto, played in rather difficult weather conditions. A bit of bad luck has instead haunted Luigi Di Lorenzo who failed to find the right setup especially on the wet asphalt of the finals.

The scorching heat of the eve put riders and equipment to the test, but Simone Cunati with the CRG chassis and the Tm engine prepared by Galiffa, already in the qualifying tests, despite the 60-degree temperature recorded on the asphalt, was able to realize a good fourth fastest time, declaring himself very satisfied for this start of the fourth round of the Championship after the race problems accused in the last race of Sarno. "It was a good qualifying - Cunati said after having completed the fourth test session - we tried a lot these days and we found the right solution. A fourth time has come that satisfies us and that gives us hope for the heats. We have a good race pace and we are fast. "

In the two heats Cunati then obtained a good third and fifth place, while Di Lorenzo after the 17th place in the first race was forced to retire under the deluge of the second race. In the two finals Cunati turned out to be one of the fastest ever, on the wet asphalt he got an excellent second place in race-1 and then third place in race-2 which made him increase his lead in the championship standings. Unlucky instead Di Lorenzo, forced to retire in race-1 after starting from the pits, and then 22nd in race-2 also because of a penalty of 5 seconds.

"I am really happy with how this weekend went - Cunati admitted with satisfaction - we achieved very important points for the Italian Championship after the last race in Sarno where we were fast but for some problems we were not able to realize the result. I am very happy for these two podiums of Adria that allow me to increase the advantage in the standings before the last race of Val Vibrata. "