Menu
Home > All Blog News>Modena Kart wins race 1 with Cunati and goes to the podium in Race 2
Are you an Amazon customer? Pay now with address and payment details stored in your Amazon account. 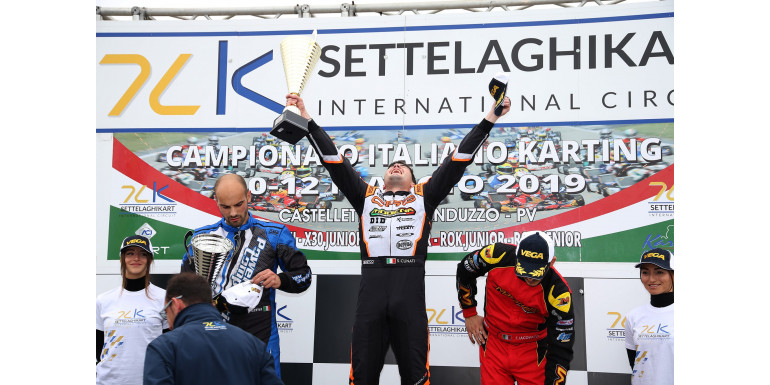 The first round of the Italian ACI Karting Championship in Castelletto di Branduzzo (Pavia) has maintained all the premises of spectacle. In KZ2 the first of the two finals lived on a series of beautiful duels from which Simone Cunati (ModenaKart-CRG-Tm) came out winning, followed by William Lanzeni (Vemmekart-Tm), while third place on the podium went the other great protagonist of the weekend, Francesco Iacovacci on Maranello-Tm. Luigi di Lorenzo (modenakart-crg-tm) author of a good performance, after an unlucky Saturday he climbed from the 30th position to the 22nd In Race 2 he saw Alex Irlando, followed by Iacovacci, on the first step of the podium of the podium occupied by Simone Cunati who started from the eighth position for the inverted grid. Luigi Di Lorenzo forced to retire in race 2.